Fellow Bible readers: How many times do we read passages in the Bible over and over, but just once we seem to read it differently and where there once were just words, suddenly there are intricate jewels that are aimed directly at our hearts?

While reading a passage from Scripture this morning, my eyes were opened to an incredible characteristic about our Father.

In 2 Peter 3:9, the passage begins, “The Lord is not slow to fulfill His promise as some count slowness, but is PATIENT toward you…”.  I couldn’t even read on. The light bulb went on!

I want to share with you two revelations I had.

My first thought was the countless times I perceived God as being slow.  Many times in self-righteous anger I had cried out, “What is taking so long?!”  I was also reminded of other times when Christian friends talked about making a difficult decision, but were still undecided because they felt God wasn’t answering their prayer.

We’ve all been there.  Don’t we initially blame God when things don’t happen the way we want them?  But oh when they do–to our unbelieving friends, we proclaim the goodness of God and miracles, answered prayers, yada yada yada…it seems we’re ready to parade Him when the outcome is what we want, not so much when we are told to wait.  We really need to check our hearts and be careful of how we “sell” Jesus.  That is certainly not His intended goal.

Let’s take a look at something about God we may have never noticed before.  In the above passage, it begins with the Lord.  God wrote the Bible using humans. He took the time to speak to all of us and state that He is very aware of our desire for him to “speed things up”.  How do we know this?  He stated how some count His being slow as slowness.  He is not a fool.  We are the created beings.

However, He also clues us into something more detailed about Himself.  He elaborates to say where we consider Him to be slow, it’s not that He’s taking his sweet, old-time delighting in our agony.  He is actually being patient.

So what is so significant about this revelation?  Before we get ahead of ourselves, let’s break that down.  What does patience mean?  We’re usually waiting for someone or something, right?  So where we’re becoming impatient and restless, God is being patient…for who?  US!  He isn’t moving or fulfilling requests like a genie because He has a well-developed and thought out plan!  Imagine that!

Are you feeling as humbled as I am now? I can remember so many times that I’ve doubted God heard my cry, but maybe, just maybe He was waiting for ME to do something.  This reminded me of a time that I didn’t understand where my life was headed, and I was getting tired of waiting.

I was twenty-one years old and hating life because I had found out that my boyfriend of two years had allegedly cheated on me with a married friend of ours.  The pain I felt inside was pure anguish.  I uplifted this guy and thought so highly of him.  Maybe it was the “idea” of him, and not his true self that I was worshipping, but nonetheless, the hurt was unbearable.

I was working at an office in Broadview Heights then and I was on a break all by myself in the back of the office, facing the woods. It was snowing outside and I was freezing, but at the time I was a smoker.

I hadn’t had a serious relationship before this man, and in my fear of being alone, I didn’t want to leave him, though I knew I deserved better.  I was scared, because he was five years older than me, and I didn’t have the best self-image.  I figured it would be best to talk it out with him, forgive him and move forward, but the anger of betrayal kept eating at me, and I was afraid I would never be able to trust him again.

Somehow in the midst of trying to think about how to solve my relational conflict, a voice inside me said, “Maybe you should just end it.”  And I knew the voice wasn’t talking about my relationship, but more severely ALL of them….as in, my death. 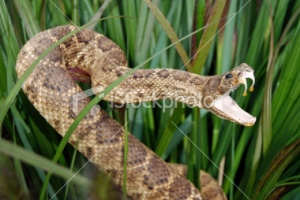 Then I began to think about it…car accident, slit wrists, etc.  How would I do it?  I can’t even believe that I was entertaining details about how to die, because I knew I could never do it, however facing my boyfriend and our mutual friend was the hardest thing I’d ever faced, and I knew mentally I wasn’t ready for it.  Instead of dealing with the hurt, I wanted OUT.

Bear in mind, I realize the selfishness of these thoughts left no room to consider my parents, siblings, friends, etc.  I wasn’t worried about how my death would affect anyone else. I  just didn’t want to deal with my relationship.  Looking back, it’s absolutely absurd.

And as I was contemplating all of these crazy ideas that I’m certain now was one of Satan’s deliberate attacks on my soul, it began to snow slowly.  I was still standing outside, half of a cigarette to go, watching the snowflakes land on cars, trees and eventually my coat sleeve.

I began to cry, because I didn’t know what to do, and my feeling of being helpless was overwhelming.  I took another hit off the cigarette and then looked down at my brown Carhartt coat.

All of the snowflakes were beautiful.

I laughed to myself.  How could I find beauty in these flakes?  And inside my soul, I heard another voice, again-not my own, say, “I make each of these different for a reason.”

I almost choked.  I coughed a few times.

And I took a few minutes to see the designs and patterns of these crazy, beautiful snowflakes before they were absorbed into my coat.  I put out my cigarette and just let out the cry that was at the corner of my eyes.

I knew it was God telling me that He knew my problem seemed so enormous at that moment, and I was unprepared, but in the scope of my life, that one moment learning about the betrayal would not define me.

He designs snowflakes so distinctly and unique from each other.  I am not sure if I ever took the time to pay attention to that fact, but God sure had my attention that day.

I was a new believer.  I had just given my life to God when I was twenty, and was still not fully surrendering all parts of my life to Him.  But I knew of His presence and I definitely knew His voice.  That day, I stopped the thoughts of suicide in their tracks.  That is the only time I ever considered something like that, and am thankful that God made it snow.  He took a situation that I deemed overwhelming and unbearable and gave me purpose.

I went home, talked with my boyfriend, forgave him and told him that we had to cut ties with those “friends” if we were going to stay together.  I also told him that I had trust issues and was scared.  Forgiving him and starting over at that point didn’t save us from a divorce six years later, but it definitely started a course of action in my heart that I would depend on God and choose to see the designs and intricate patterns of His creation–including myself.

The second revelation I noticed in the passage listed above is the purpose of that passage.  Second Peter chapter three talks about the end of days, or the day that the Lord returns.  To state in verse nine, that God is “not slow to fulfill His promise” means that He will not return until everyone has had a chance to hear of His love and mercy.

He is being patient in not wanting anyone to perish, but for everyone to have an opportunity to see Him through general revelation and meet with Him through special revelation.  He has revealed Himself, as Romans 1:20 tells us.  He definitely has constructed a well-maintained world that He is a part of, and He still interacts with.  However, He is promising that the reason He hasn’t come back yet is because there is still work to be done on our parts.  We are to continue to spread the message (Matthew 28:16-20) and when everyone has heard, through God’s patience, He will return to collect His children.

God does indeed love all of us.  John 3:16 tells us that He loves us so much that He gave His only Son Jesus Christ, a part of Himself, yet completely separate, to come to the Earth and die for us.  I don’t know if you’ve ever seen a picture of the Milky Way, but it’s where we live.  For some reason unbeknownst to us little Earthlings, God chose this planet and our people (red, yellow, black and white), to be saved from the lives we didn’t choose through sin.

This amazing God who created the universe, the stars, planets, people, species, water, atmosphere, etc.  is the same God who is calling you to know Him.  He wants you to see what He’s doing, He wants you to see love in His people and come to know the truth about true love.  I live in the United States and unfortunately here, a lot of us are blessed beyond measure but we take it for granted.  We have so much, and yet still want more.

Jesus didn’t die for us to have happy lives and live until we die with no use for anyone else.  He died and rose so that we could see the power of God through the defeat of death!  Without death to fear, WHAT IS THERE TO FEAR!?  NOTHING!  May you know Him and the power of His love.  Remember that He isn’t slow in anything, but He may be patient because He has a purpose…one that includes YOU.

I am a 40-year old wife and stepmother who is a strong believer in Jesus Christ and writes as a way of communicating and organizing my beliefs and life experiences. My goal is to help others learn the truth of Jesus Christ and the redemption that is available to all of us! I love getting my ideas from my bean to the screen. Thanks for stopping by. View All Posts

One thought on “Seeing purpose through pain”