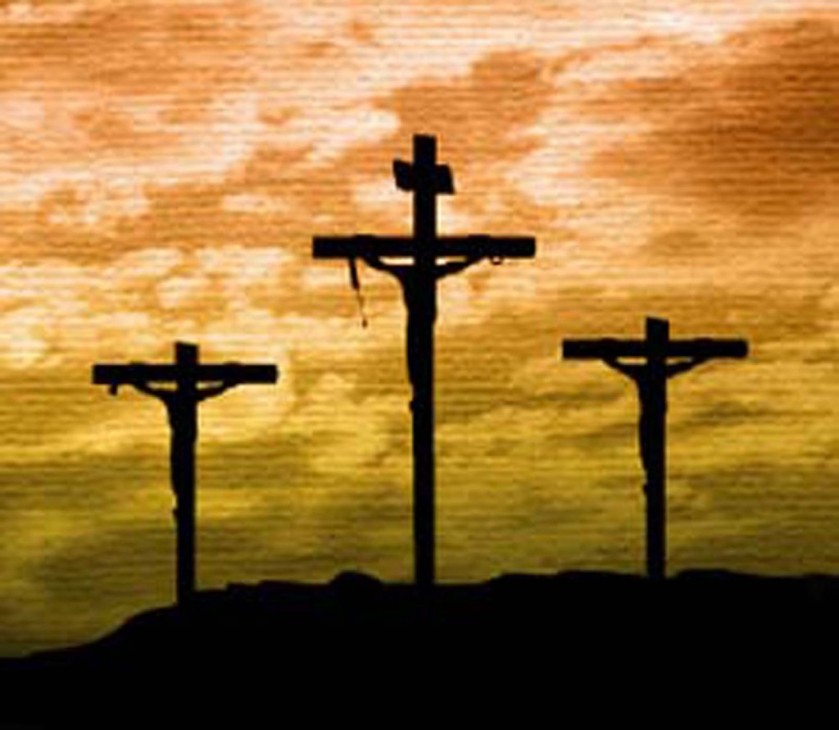 How could today be a good Friday?

For those of us who believe in Jesus, it’s the best Friday as we reflect and remember what Scripture teaches us about that day. So much happened that changed the course of history for those who know and love Him. And if you don’t know Him yet, it can change for you.

I’ve read recently that the road Jesus traveled in Jerusalem on the way from the Praetorium to Golgotha is called Via Dolorosa. In Hebrew, this means “Painful Way”. We are told in the gospels that He carried His cross until it was taken by Simon of Cyrene. I can’t imagine the physical and mental anguish our Lord had to endure. Being charged with blasphemy by the Sanhedrin, Jesus was sentenced to death after a middle of the night trial (totally shady according to Matthew 26:3-5). Because of the festival, it was common practice to release a prisoner, chosen by the crowd. Barabbas was released, a known criminal, and Jesus was flogged.

We may know public humiliation, but when has anyone called for our deaths in the streets of our city? When has a group of people spit on us and called us names, laughing and taunting? And would we be able to stay silent, to fulfill Scripture from Isaiah 53:7 that states that, “He was oppressed and afflicted, yet He did not open His mouth; He was led like a lamb to the slaughter, and as a sheep before its shearers is silent, so He did not open His mouth.” Silence among those who accuse? This is not a natural response, trust me. No words of defense, or supernatural acts of explosions or angels raining down fireballs on those who screamed? His response was unheard of. Superhuman, actually. First Peter 2:23 states the following, “When they hurled their insults at him, he did not retaliate; when he suffered, he made no threats. Instead, he entrusted himself to him who judges justly.” What absolute confidence.

Yet, we ARE the ones who deserve that for sinning against our Holy Father.

As someone in the medical profession who loves to understand the disease process, I have researched the physical changes that occurred during Jesus’ arrest through His crucifixion and it’s intense to say the least. Beginning with internal stress, Jesus began to sweat blood (hematohidrosis) while praying at the Mount of Olives. He was exhausted, as He hadn’t slept. When He was being beat by the Roman soldiers, flesh was ripped from his back by scourging, and there would have been fluid buildup around His lungs. The crown of thorns that was placed on His head was known to have irritated major nerves, causing agony. The beatings should have taken Him out. But He kept going. His will to fulfill the task was foremost on His mind. That, my friends, is real LOVE.

He was naked when He was hung on the cross. Romans pierced the median nerve in the hand with nails which would have shot bolts of pain through his arm into his spine. Having a nail in the plantar nerve in the foot would have had the same effect. And the position in which He was hung, was to make breathing nearly impossible. One would have to push up, painfully, on the nails in their feet, to try to fill their lungs with air, which are already compromised by fluid. There are a few theories as to what Jesus’ cause of death was, but medically, it could have been a blood clot to the heart, exposure or thirst, hypovolemic shock, suffocation, pulmonary edema.

We know that His legs weren’t broken (John 19:33-34) because He was able to audibly give up His spirit. With legs broken, He wouldn’t have been able to push up to breathe.

Jesus knew for Him it was temporary pain, but for us, permanent redemption.

The outcome outweighed the task. He knew that God the Father would raise Him back to life, and that He would be seen by thousands to begin the early church.

Today, we remember His physical sacrifice. The Bible declares that it was our death that Jesus paid for. In Romans 5:8, we see, “But God demonstrates His own love toward us, in that while we were yet sinners, Christ died for us.”

You are a sinner. I am a sinner. Neither of us can ever be fully whole and sinless this side of Heaven, but the One who has the power to wipe the slate clean DID. He took a part of Himself, allowed Jesus to become fully man so He could identify with us (Hebrews 4:15), and took His shed blood as full payment for the sickness of our hearts, so He could redeem us and bring us back to relationship with Him.

If you believe the name of Jesus, accept that He died for your sins and believe in His resurrection, you are saved.

That is what today is all about: remembering what I’ve done to put my Lord on a cross, so His blood would be shed, so His wounds would forever heal me, so His resurrection would bring glory to God, the same God I will stand in front of someday, at the end of my brief earthy life. Instead of dismissing me to Hell, He will lovingly declare that He knows me because I knew Jesus.

Because of Jesus’ death and resurrection, the door is open to all of us, not just Jew, but Gentile too! My eternal future is SECURE. AMEN!

There is truly an inexpressible joy inside of my heart, because I realize what I’ve been saved from. I know the things I’ve done, but even those I don’t remember, I am accountable for. Our God is a God of love, and justice. Both qualities can coexist- ask any parent. You love, but must correct. Obedience is necessary. And He also came in and paid the price for us, so we wouldn’t have to face our consequences- the ones we are all guilty of! What an incredible Savior! God’s grace is immeasurable and unending!

I know the end result of a life that isn’t surrendered to God. It is darkness and silence that will ensue as a result of rejecting Him. And it won’t.ever.end.

The Bible describes Hell as a place of torment, weeping, gnashing of teeth. Scripture says it was meant for the ones who rejected God, those who fell from Heaven and followed the prince of the air. There is no hope, no relief, no end. Is fighting God really worth it? Whether we like it or not, He gets the final say. He allowed sin for His purposes, yet He has offered a way out: place your trust in His Son, follow Him and be saved. Eternity is a long time, people. We all will live forever, but after earthly death, we will be in one of two places.

Please repent and come to the truth! Jesus is the ONLY doorway to the Father. In John 14:6, Jesus declares, “I am the way, the truth, and the life; no one comes to the Father except through me.” Entering Heaven is contingent on the relationship with His Son who paid your debt. It is not how many good works you do, by being a “good” person (the Bible says not one of us is good (Romans 3:10-12 and Psalm 14:2-3), or by trying hard enough. We must know His Son to enter Heaven and live forever. Scripture also states that the Lord does not wish for anyone of us to perish. He is providing time now, but we don’t know when the End is actually coming, so don’t delay!! Please make your decision for Christ today. Your life will change, your end destination will change, and your future will be secure.

Today is the best Friday, because I now have life. There is a quote someone said which I’m paraphrasing, “Jesus didn’t come to make bad people good, He came to make dead people alive.” I love that! That’s the truth. Will you make Jesus your Lord today? You are welcome to call or reach out to me. I’d love to introduce you to Him.

Have a blessed Easter, dear ones! 🙂

🙌 ❤️ this may be why I'm enjoying my quarantine 📖 ✅
We socially distanced (or distanced socially?) 🤗 over two miles 🙌❤️
I must admit, I'm actually loving the downtime and will reconsider a few things once the opportunity presents itself. #lackofrush #peace #whataremyrealpriorities #faith #dreamtime 🤸🙌